Legality of Medicine of Something Forbidden: Legal Analysis of Measles Rubella Vaccine According to Fuqaha

The majority of Muslim intellectuals argue that legal treatment is mandatory. This is different when talking about the consumption of drugs from an illicit element. Today, there is much debate about the Measles Rubella Vaccine (VAKSIN-MR) regarding its legal use according to  syara'  because in the process it contains pigs and human organs. Considering the Minister of Health will give  Vaccine-MR  for newborns (Immunity). The Indonesian Ulema Council (MUI) issued a fatwa against Vaksin-MR  but became mubah with sharia rule principles, namely dharurat. According to the researchers, this is ambiguous in taking legal formulation. Whereas there is the concept of Istihalah  in the manufacture of  Vaccine-MR  which makes an element of haram become halal. This research is a type of qualitative-discrete research, using literature method with tarjihapproach, using primary and secondary data in research. This study resulted in: First,rubella vaccine is legal even though it contains pigs or human organs, not because of emergency elements, but has changed from a normal form that is forbidden to something else either from dzatiyah or its nature. Second,  the concept of  Istiḥālah using the al-Tafā'ul al-Kimiyawī  method is the most powerful basis for stating that the Rubella vaccine is halal and holy. 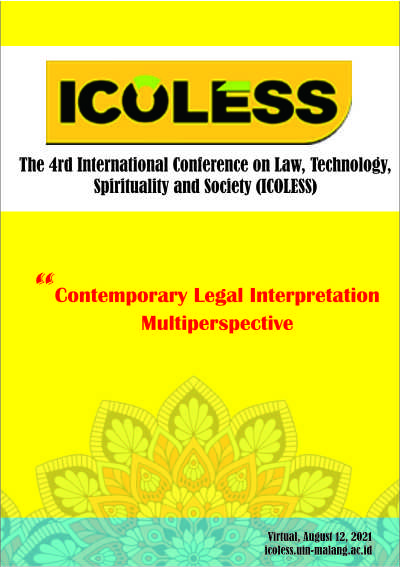